Stellantis wants to keep the Chrysler brand around.

2016 Chrysler 200 S, 1998 Sebring JX
Joined Jan 2, 2020
·
914 Posts
We went from German (DaimlerChrysler) to Italian (FCA) to French (PSA) within a short period of time.
Stellantis CEO Carlos Tavares, has decided to keep Chrysler in America and has ambitious plans for the future direction of the product.
Should the Chrysler brand become an all-electric line-up? Can we keep adherence to our brand mission and Chrysler's tradition of up-scale comfort, content and engineering prowess?

Tavares calls Chrysler a 'pillar' of Stellantis, says brand has a future

Jeep and Ram may produce the profits in North America, but Chrysler sits alongside Fiat and Peugeot as hallmarks of the American, Italian and French heritage of Stellantis
www.detroitnews.com

Everything today (it seems) is about trucks and CUV/SUVs. Our models are down to a class-leading Pacifica, a high-value variant Voyager (that arguably should be a Plymouth) and an aging, but still respectable, 300.

The 200 was born out of the Sebring. It became a related, luxury alternative to the Dart with the UF-body with a lot of technology and design that was leap-frogged into the Pacifica.
The 200/Avenger/Dart are gone. Production capacity was wisely (or not) facilitated into truck assembly/production.

Chrysler has gotten into past troubles with 'putting all its eggs in one basket', so to speak. We are in a truck-heavy market right now. Fuel prices are beginning to rise, CO2 emissions may become more regulated and pretty soon the governments may be dictating what we drive more than it is now.
Future Stellantis CEO says PSA is not investing in internal combustion engines

On the whole, I like what the last 200 was. Although sales never really took off and too many became rental cars, I would like to see a future 200 keep an European flavor. The Germans gave us a Mitsubishi platform for the JS-body, but was gutting Chrysler. Comparatively, the Italians did nice by Chrysler.

I like French cars too and they aren't 'bad' cars, but they have a past history of being 'quirky'. We had a Fiat in the mid-'70's (128) that was a panic buy during the oil embargo era. It was a fun car when it ran. It was not a particularly dependable car. At the time, Chrysler offered the (Mitsubishi) Dodge Colt after ending the Simcas (Chrysler France) and Crickets (Chrysler UK). We would have had long wait for a Colt.

Enough of the past. I can get lost in it. The LX-body 300 has been for sale since Jan 2004. It was quite a styling departure from the swoopy LH-body 300m that it replaced.
It is a safe car, but needs updating what should we replace it with?

The UF-body 200 was discontinued before its time. It was a newer, more advanced car in the 2015 model year than the aging 300. What should it be replaced with?
To me, we should have ditched the old 300 and kept the 200.

If we keep each Chrysler true to its mission, should the 300 stay 'formal' and 200 return as a sporty sedan?
Your thoughts? Don't worry about stepping on my feelings.

Joined Oct 20, 2019
·
30 Posts
Chrysler corp. has always had a knack for cancelling my favorite cars. Starting with the Dodge Omni. I have a 1985 GLH Turbo. They only made that one for 2 years (3 if you count the '87 Shelby's). I had a '93 Eagle Talon Tsi AWD. DSMs had an 8 year run until they decided to delete all of Eagle. I bought a Dodge Magnum just in time for the end of that short lived production line. Same thing with my 200. They stopped making them as soon as I bought one.

I assumed that the dropping of the Dart and 200 was a decision to try to push more of the compact car market to Fiat so they weren't competing with themselves. The Alpha Romeo Guilietta that was the basis for 200's format was also discontinued at the same time.

I would bet that the 200 badge is done. I could maybe see it come back as an EV option as manufactures work on making gasoline obsolete.

I think that what I have loved about Mopars is that they have taken a lot of risks with a few models that you don't see other companies doing as much of. Some of the best designs go unnoticed by most. Like the car from that movie 'the wraith' ;I thought it was a car they designed for the movie until I noticed the pentastar on it. M4S could have been a classic supercar if they decided to produce them. What other company would dare try to sell a car like the Prowler? I personally love the history of taking the most basic people movers and seeing how much power they can get away with putting in it.
S

Joined Aug 7, 2014
·
2,082 Posts
I drove trucks for a living but worked in car dealers during some time while I had to be around home.
While driving large vehicles isn't a problem for me, I do prefer the size of the 200. I wished they had not given up so quickly on the UF, but bad reviews and some engineering mistakes caused that.
That said, I think if we continue to see the Chrysler brand it needs a sedan. The 300 is now a refined vehicle after all these years, but it needs more then different lights and badges. It needs to be the leader for the brand. Not an Imperial, so to speak, just a nice clean luxury vehicle.
Then one more mid size, like the 200 would make a perfect line-up for the future.
Keeping the mini van in line up is all they should need to satisfy the needs of the motoring public.
Maybe not what they want however.
In the US, we can't go too small on cars. It just doesn't work here.

For me, I like a car. Had pick-ups, an old Ramcharger, even a Durango. But I still prefer a car.

A 3 day loaner 200 from Enterprise impressed me, I was greeted with chrome bezels and stitched leather when I opened the door. I liked how the 9-speed behind the 2.4L MultiAir was already in 3rd gear after crossing an intersection.

Maybe a 200 based on an Alfa-Romeo/Lancia structure and a 300 based on a Maserati structure?
As we come out of 2020 and the pandemic mess, we can get back to business. We do need new product. 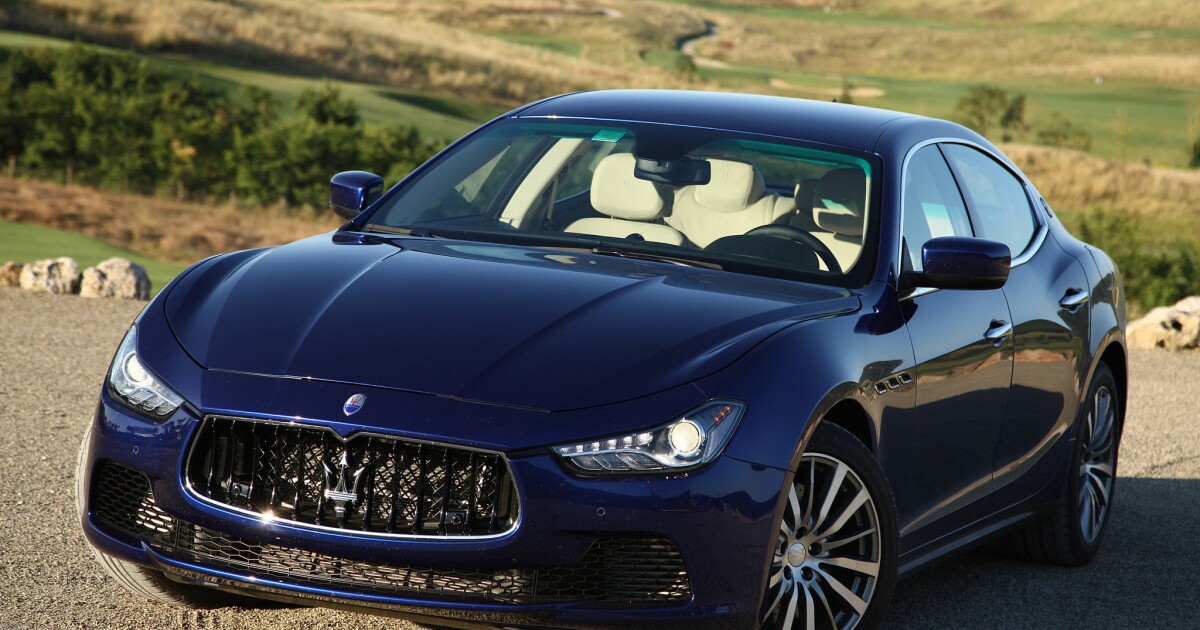 A Maserati with Chrysler parts?

A Maserati with Chrysler parts?

How much of the Ghibli platform is really shared with...

Some of the criticism of the Ghibli online is directed to reports that the Ghibli platform is based on the Chrysler LX platform, itself a derivative of a 1990s Mercedes-Benz platform. How much of the platform is shared? Does anyone have any insight? The 2017 model year Chrysler 300 and Dodge... 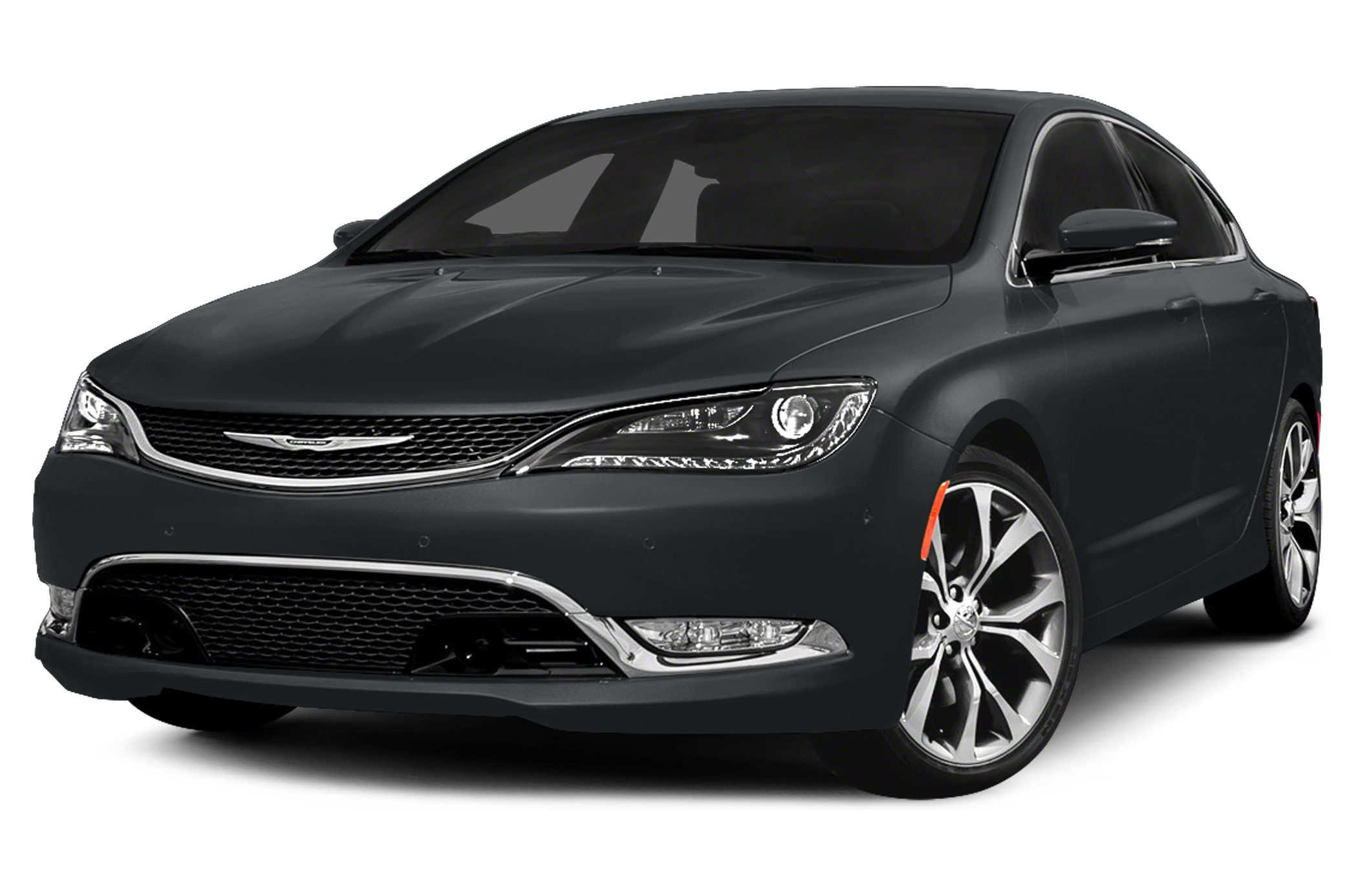 The Chrysler 200 is based on an Alfa Romeo platform; Alfa, like Chrysler, is owned by Fiat. READ THE FULL REVIEW HERE.

FCA is one of the OEMs with the highest number of brands in its range. The group offers 8 different passenger car brands around the world which include city-cars, big trucks, SUVs, MPVs and sedans.…

200_S_AWD said:
The 200 is "right-sized" for me. Chrysler has a tradition of fast, comfortable cars. The 'S' and 'C' trim levels should stay, Maybe a well-appointed entry level (200LX), if it doesn't cheapen the brand?

A 3 day loaner 200 from Enterprise impressed me, I was greeted with chrome bezels and stitched leather when I opened the door. I liked how the 9-speed behind the 2.4L MultiAir was already in 3rd gear after crossing an intersection.

Maybe a 200 based on an Alfa-Romeo/Lancia structure and a 300 based on a Maserati structure?
As we come out of 2020 and the pandemic mess, we can get back to business. We do need new product.
Click to expand...

I agree. I rented a Dart while on a trip and I liked the size after being used to the magnum. I am not really a fan of front wheel drive so when I saw that the Dart's slightly larger sibling came with AWD I payed a bit more attention to it. I'm not sure I would have even really noticed the 200 among masses of FWD 4cyl options otherwise. It may be true that the 200 didn't compete well with a flooded mid-sized sedan market, but nothing in that flooded market can really compete with a well equipped version of the 200.

I wouldn't mind seeing Chrysler stop making a really nice car and then trying to flood the market with low end cheap imitations of the nice product. As you say... cheapen the brand. It's amazing that the 300 survived the rash of 2.7L engines they released into the world at a reasonable price. I think that it's an identity crisis that dates back to the 80s. When I think of Chrysler heritage, New Yorker and Imperial are what come to mind. When the success of the K-cars saved the business, it planted this seed of selling more affordable cars in larger quantities. The curse of that mindset is if you sacrifice quality for cost, it eventually leaves people with an impression that the entire line is a cheap luxury car.