Thinking About Buying One

Joined 2 mo ago
·
2 Posts
Hello everyone, I feel as if I'm not supposed to be here but here I go. I currently have a 2010 Dodge Avenger SXT, but I am thinking about buying a Chrysler 200, more specifically a 2013 200 S Convertible. I'm moving down south in a few months and have been thinking about selling my Avenger for it. My point of coming on here is to ask a few questions. How do you guys like your 200's? What are the biggest problems, if any, that you've had with them? Should I look for a different model or trim? I'm thinking about a 200 because I would love to keep it in the Chrysler family and love how my Dodge feels and has treated me. Thanks for reading and any info would be amazingly helpful!
D

Known issues include a lack of heat on the passenger side and the fix can be expensive because it's due to a partially clogged heater core so you should check for this problem before buying the car. I haven't had problems with mine but I'm paranoid about using the correct coolant. I believe the coolant spec changed from 2012 to 2013 and you should hope only the right stuff has been used because intermixing can result in gelling, especially in the heater core.

One known issue with the convertible involves the wiring harness breaking near the passenger side trunk hinge. The wiring flexes each time you open the trunk lid and eventually the wires crack.

There is another forum specifically for Chrysler convertible and they have a lot of experience diagnosing and fixing the problems with the top. You should probably check them out. Here is a link. 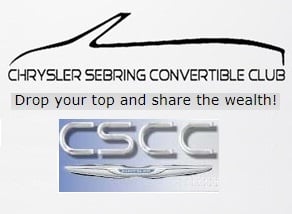 2016 Chrysler 200 S
Joined 3 mo ago
·
184 Posts
It is a JS body like your Avenger, so mechanically it should feel similar. I have an old '98 JX V6 convertible and feel that the car is right-sized for me. Convertibles are a blast in the nice weather.
I recently purchased a 2016 200 S (UF-body) with V6/AWD. Very pleased with the car and I did want a daily sedan.
I did consider an older Sebring/200, but here in western NY, they are already beginning to show rocker rust.
B

Joined Jan 3, 2019
·
272 Posts
My wife bought her 2012 sedan brand new, and so far has had a few minor problems - airbox recirculator motor (stripped plastic gears with clacking sound); intermittent P0441 evaporative emissions code; and recently (83K miles) the throttle body stripped its internal plastic gears, and the whole thing had to be replaced. But it's been very reliable and economical, so much so that in late 2018 I bought a 2011 used. It had 95K miles and now has 125K. I replaced the original battery at 8 years, and the alternator failed at the same time. But that's it for issues. Great cars.

2016 Chrysler 200 S
Joined 3 mo ago
·
184 Posts
You really don't get any advantage with an aftermarket CAI in these cars, unless you like the unbaffled whoosh and drone sound.
The engine compartment layout and airbox placement may be similar. Have a look at it.
The factory air intake is already a pretty fair outside fresh air supply.
There are online discussions of the K&N not meeting OEM particulate filtering standards. This could lead to increased upper cylinder/top ring wear.
E

Joined Aug 19, 2015
·
17 Posts
Mine is a 2014 Chrysler 200 Limited hardtop drop-top, one-owner, garage-kept, that I purchased in December 2018 with less than 14,000 miles. Good car, overall, with a few issues. The backup camera, except for the Check Surroundings warning went black in mid-2019. Then, after driving through a torrential downpour one day and driving a few hundred dry miles the next, the ABS light came on and the backup camera started working again. Since I usually drive only once a week, the next week the light went off and the camera still worked. The following drive, a few days later, the light was still off, but the camera no longer worked. Now, periodically, the BRAKE dummy light comes on and I can usually get rid of it by slightly raising and lowering the emergency brake lever. It's got a low front clearance that I scraped on an unmarked/unpainted speed bump on the test drive while testing the acceleration at the worst possible time (when we got back from the test drive, I found blue tape on the air dam left from a crummy touch-up job, so the first owner had the same issue). The fiberglass front bumper cover popped out from the driver's side fender once, but it popped back in. The final thing is the plastic fold-up "convertible top reservoir" in the trunk has popped out a few (or more) screws or grommets from springing rapidly when folding. Back then, I paid $15,500 on a car listed for $16,900, if memory serves me about the dealer sticker. At just beyond 19,000 miles now and confident enough to do Route 66 (Chicago to LA with Texas on each end, so probably 5,000 miles total). Final thing - because of the light weight of the car and the 3.6L-6, NOT squealing from a dead stop takes practice and vigilance - not kidding! If you haven't already and the price, miles and condition are right, go for it!

200_S_AWD said:
You really don't get any advantage with an aftermarket CAI in these cars, unless you like the unbaffled whoosh and drone sound.
Click to expand...